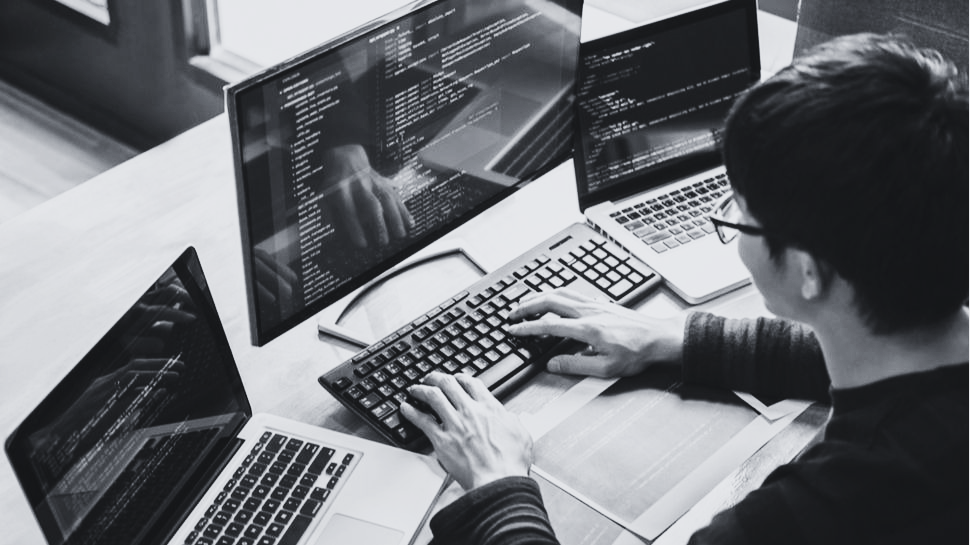 Angular vs. React: What is the Main Difference Between Angular and React 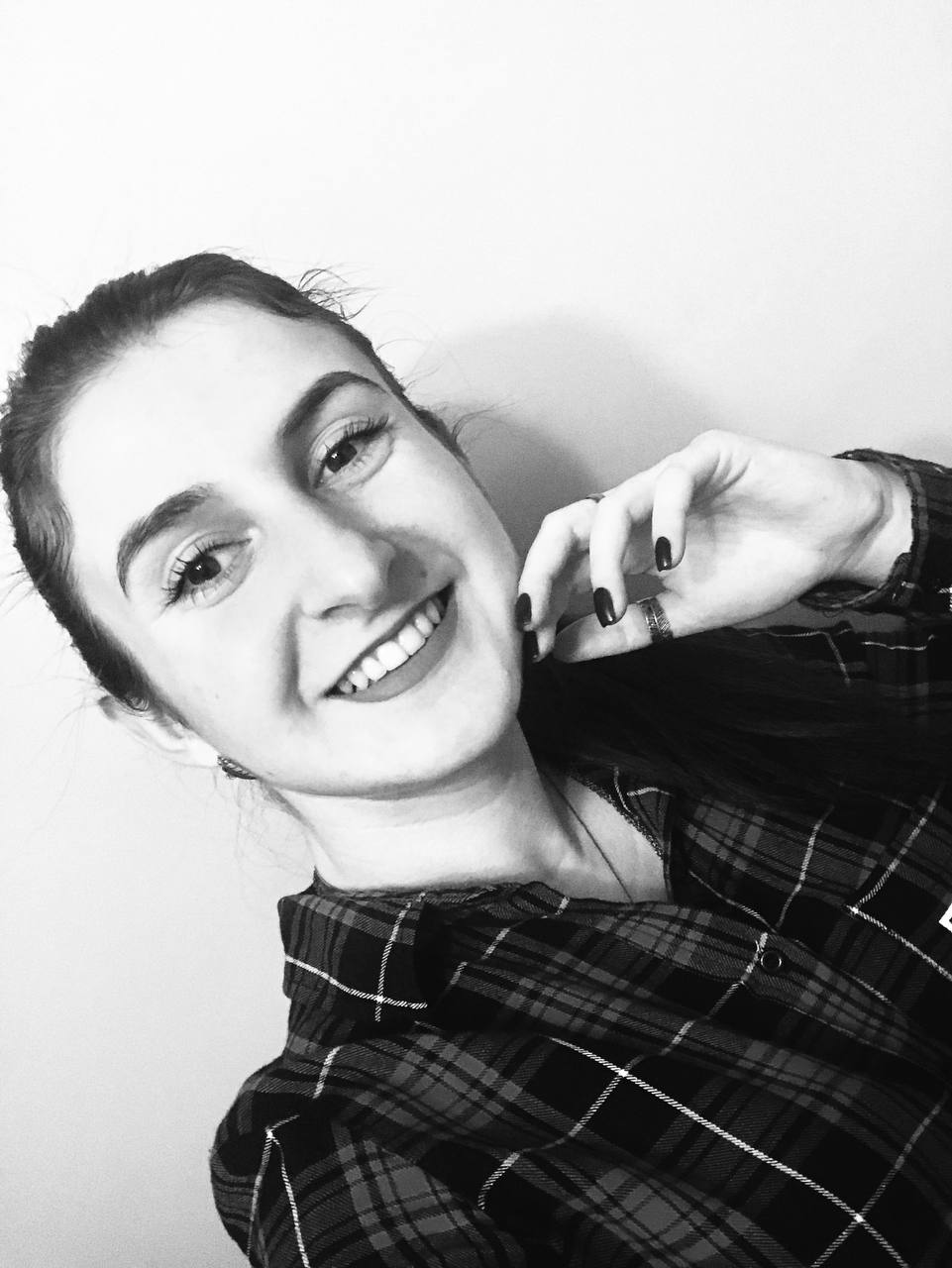 Web development is growing in line with technology.

You'll almost likely think of Angular and React when you think of the JavaScript Ecosystem, as they're two of the most popular front-end development frameworks.

The Angular vs React argument happens whenever front-end programming is necessary. The answer is dependent on a number of factors, and even front-end engineers have debated the issue for years.

Angular is a typescript-based programming framework. It's a component-based framework for creating scalable web applications. It includes a number of well-integrated libraries and functionalities, including client-server communication, routing, and others. It includes a set of developer tools for creating and scaling projects ranging from single-developer to enterprise-grade systems. Furthermore, it is regularly updated technology with its latest improvements driven by Google's Angular team.

React is a frontend development open-source JavaScript library. It's used to create user interfaces or UI components. Its component-based and declarative characteristics make it simple for developers to construct interactive and sophisticated user interfaces. Because of the "learn once, write anywhere" philosophy, developers can create rapid and scalable programs for various platforms. Facebook and a network of individual developers and communities handle React.

The Main Differences Between React and Angular 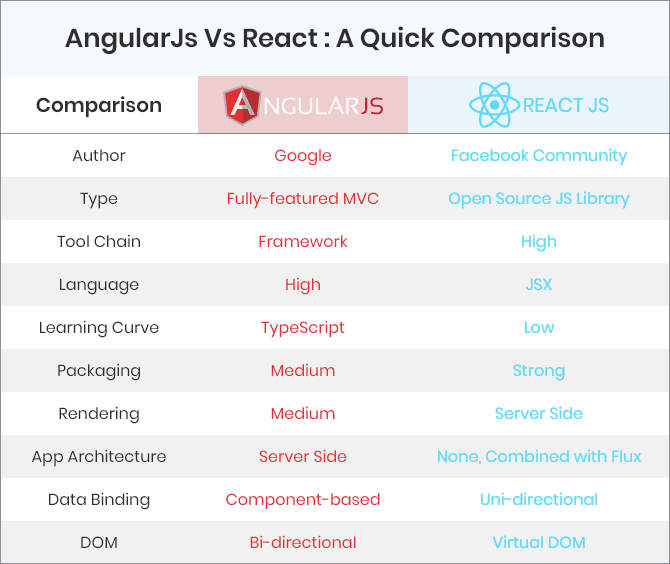 Before picking which framework to use, consider its popularity. The larger and more engaged a community, the quicker it is to discover a solution to every unexpected problem that arises. According to the data I had at the time of writing, distinct outcomes emerge in terms of how popular each framework becomes over time. So, what is the distinction between Angular and React?

While React has 164k stars on Github, Angular has approximately 130k stars when both AngularJS and Angular2 projects are combined. This demonstrates that both have a sizable community behind them, since they remain around the top of the most starred repositories.

The quantity of npm (Node Package Manager) downloads is another intriguing issue. Since 2015, React has had more npm downloads than Angular. In contrast to Angular, which tends to stagnate, the number continues to rise.

According to the Stackoverflow 2020 study, when it comes to web frameworks, 35.9% of respondents choose React, while 25.1% prefer Angular. This poll also shows that, while being one of the most popular web frameworks, Angular is also regarded as the most despised. In fact, Angular has more labeled questions than its competitor. This might be explained by the fact that Angular is generally more sophisticated than React.

Angular was ahead of React in terms of the employment market till the end of 2015. Angular was an established framework at the time, but React was a new technology. React has recently exceeded Angular in popularity, even when AngularJS and Angular2 are combined.

Several causes can explain this, including:

In conclusion, while React is more prevalent, we can see that both are quite popular.

While React JS has a well-deserved reputation for improving speed, Angular isn't far behind. Angular has covered everything that improves coding methods and leads to a well-established level of programming that is always improving performance. It might be a significant factor for developers to consider when comparing the performance of Angular vs React.

For instance, you may optimize the digest cycle for your suggested code structure. While developing the codebase for more modules, monitoring and optimizing the loop can check the previously evaluated modifications.

Additionally, applications that do not require the facilitation of two-way data binding can be provided using previous versions of Angular to significantly minimize complications. Angular provides $cacheFactory, which is better for memorizing and may eventually be utilized for recalculating data that is being computed later.

Here's an Angular example of a common payment gateway:

PayPal is a well-known payment gateway with over 300 million consumers and is utilized by over 200 countries, proving to be the safest transaction platform in the world.

The most crucial issue is that they have difficulty coping with sophisticated reasoning and are unable to reuse it in future projects. Reactjs appears to overcome this problem by allowing the system components to be reused.

Reusing react components is popular among designers since it not only doubles productivity but also streamlines code techniques. Reactjs is notable for its component reuse flexibility, for example, starting with the finer components like checkboxes and buttons, then moving the wrapper components, and finally reaching the root components.

Developing such behaviors leads to constant app performance and improves code quality and maintenance regardless of project complexity.

Angular is expansive and dynamic. Developers may find it difficult to cover a wide range of topics in Angular at first, but it is worthwhile to devote effort to this phase in order to enjoy building the apps more. It begins with fundamental pieces including directives, modules, components, services, dependency injections, and more. At first, the Angular learning curve is steeper than the Reactjs learning curve.

We recommend that you select any of the tech stacks based on the needs of your prospective projects. When it comes to handling the most difficult challenges in large-scale applications, Angular is on top.

Writing components, maintaining internal states, and using props for configuration are the most fundamental and fundamental things to master in React. Developers may find it strange to write in the early stages, but because it adds no complexity, it's a good tech stack.

React will not expect developers to study and fall into the complexity of understanding logical structures, but by knowing the basics, as well as the state management and routing libraries, you will be on the correct track to begin constructing apps.

Both of these technologies clearly have a lot to offer in terms of functionality, a suite of tools, and performance, making it difficult for development teams to select one over the other. To make things easier, we've compiled a list of commonly asked questions that should help you make the right decision.

Pros and Cons of Angular

Pros and Cons of React

React vs Angular: What Framework to Choose?

Both of these web technologies have distinct distinguishing characteristics and specializations. Finally, the decision between Angular and React is dependent on the team and the type of project.

If you can live with a few shortcomings, Angular is the most complete choice for you. React, on the other hand, is extremely adaptable, with basic benefits such as Virtual DOM and compatibility with other frameworks, libraries, and tools.

React appears to be a pretty easy language to learn at first. You can get started using React right away. However, this does not guarantee that it will not get more difficult in the future. To fully utilize React's capabilities, you must have knowledge and experience dealing with other JavaScript frameworks and technologies.

Angular, on the other hand, appears to be more difficult. Because Angular has a high learning curve, a developer must focus and devote a significant amount of time to studying. Once you've gotten beyond that learning curve, you'll find Angular is a lot easier to maintain and grow on, especially for large-scale apps and projects.

Most beginners will likely begin with React and go to Angular.

Boost your development team with our top software developers. You may hire a dedicated team, a self-contained group of developers that will work just for your company. PioGroup Software provides all employee benefits, such as a comfortable workspace, high-quality hardware, and essential tools.

If your company's needs, goals, processes, and required functionality have been effectively stated, you may consider solution customization. PioGroup's software professionals will collaborate with you to produce a customized piece of pre-existing software that fulfills all of your requirements.

With so many frameworks to choose from, each with its own set of qualities, determining the right framework may be challenging.We felt the same way when we originally decided to develop the project in Vue.js and again now that we're looking into Angular.

When deciding between Angular and React, we feel it boils down to personal choice, as they both address the same issues but in different ways. However, bear in mind that while React has a lower learning curve, which leads to speedier development, Angular has more built-in capabilities.

Both technologies are incredibly strong, representing a considerable breakthrough in terms of enhancing, enabling, and speeding up development since the early days of web programming.